Frank Sinatra: A Man and His Music - The Collection

All Four A Man And His Music TV Specials, Collected In One Set, Featuring:

A Man And His Music

The first-ever Sinatra television special, this 1965 performance showcases the Chairman in peak form. The Nelson Riddle arrangements sparkle, opening with a classic rendition of I ve Got You Under My Skin and continuing on with other favorites such as I Get A Kick Out Of You, Come Fly With Me and The Lady Is A Tramp.
Aired November 24, 1965. 14 performances, 52 minutes.

The second annual TV special thrills from start to finish, with unforgettable performances of signature songs Fly Me To The Moon, Luck Be A Lady and That s Life. Frank is joined by daughter Nancy in a playful duet in this delightful hour of music.
Aired December 7, 1966. 14 performances, 51 minutes.

A truly memorable television event, the third annual special finds Frank joined by the dazzling Ella Fitzgerald in an historic pairing of the two preeminent vocal talents of the era. As if that weren t enough, Antonio Carlos Jobim accompanies Frank for an intimate medley of classics, including The Girl From Ipanema.
Aired November 13, 1967. 12 performances, 52 minutes.


Sinatra: The Man And His Music
With The Count Basie Orchestra

Though it was taped 16 years after the first A Man And His Music special, this final installment continues to uphold the high standards of the series, thanks in no small part to the accompaniment of the legendary Count Basie and his orchestra. Performances include Pennies From Heaven, Something, The Best Is Yet To Come and Theme From New York, New York.
Aired November 22, 1981. 15 performances, 50 minutes. 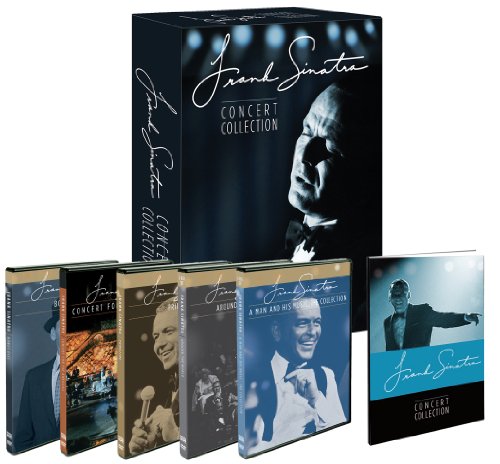 Celebrate one of the most important and beloved entertainers of our time with the 7-DVD box set Frank Sinatra: Concert Collection, which contains over 14 hours of television and concert performances from the '50s to the '80s, including 4 previously unreleased specials, an exclusive compilation of vintage performances, and a 44-page book featuring rare photographs and notes by Sinatra scholar Bill Zehme. The definitive collection of Frank Sinatra's musical legacy as captured on film.

A Man And His Music Part II The 2nd annual TV special features "Fly Me To The Moon," "Luck Be A Lady" and "That's Life." Frank is joined by Nancy Sinatra for a duet of "These Boots Are Made for Walkin'."

A Man And His Music Ella Jobim Ella joins Frank in a historic pairing of the two preeminent vocal talents of the era. Plus, Antonio Carlos Jobim accompanies Frank for an intimate medley of classics.

Sinatra: The Man And His Music Taking place 16 years after the first A Man And His Music special, this final installment features the legendary Count Basie and his orchestra on "Pennies From Heaven," and "Theme From New York, New York."

Disc 3 and 4: Around the World Ol' Blue Eyes Is Back This "comeback" special proves the Chairman hadn't lost a step. Features classic performances of "I Get A Kick Out Of You," "I've Got You Under My Skin" and "I've Got The World On A String," as well as a guest appearance by Gene Kelly.

Sinatra: The Main Event The Main Event was filmed live at Madison Square Garden. Sinatra dazzles the crowd with contemporary numbers such as "You Are The Sunshine Of My Life," "Let Me Try Again" and delivers with signature tunes "My Kind Of Town" and "My Way."

Sinatra In Concert At Royal Festival Hall Princess Grace of Monaco introduces Sinatra to the adoring crowd in this London concert, which features memorable performances of "Pennies From Heaven," and "One For My Baby."

Sinatra In Japan: Live At The Budokan Hall, Tokyo This incredibly rare concert has only ever been released in Japan. Entering his 70th year, Ol' Blue Eyes never sounded better. He commands the stage with the energy of a man half his age, delivering bravura performances of "The Lady Is A Tramp," and "Come Rain Or Come Shine."

Disc 5: Primetime Francis Albert Sinatra Does His Thing Frank features a medley of spirituals sung with Diahann Carroll and a swingin' pop interlude with then-chart-toppers The 5th Dimension.

Sinatra Sinatra casts a backward glance at some of the highlights of a storied career, backed by Gal Costa and His Orchestra. Also includes an early performance of "My Way."

Sinatra And Friends This rarely seen 1977 special features Dean Martin, Tony Bennett, Natalie Cole, Loretta Lynn and John Denver, all of whom return one-by-one for a final embrace with Frank as he sings the Paul Anka-penned "Everybody Ought To Be In Love."

Disc 6: Concert For The Americas This 1st-ever U.S. release of this spectacular 1982 concert proves that even at age 66, Francis Albert Sinatra was still the undisputed Chairman Of The Board. This 90-minute performance features a memorable rendition of "Send In The Clowns" with guitarist Tony Mottola.

Vintage Sinatra This 03 PBS special offers a look back at Sinatra's television performances from the '50s. He is in peak form on "Come Fly With Me," "Too Marvelous For Words" and "I've Got The World On A String" and more. This bonus disc also features ten previously unreleased TV clips, featuring performances of "Moonlight In Vermont," "The Road To Mandalay" and more. 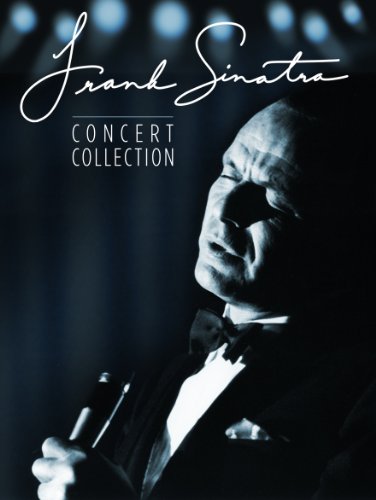 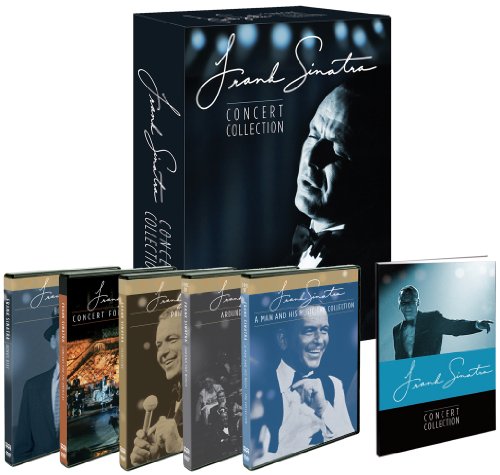 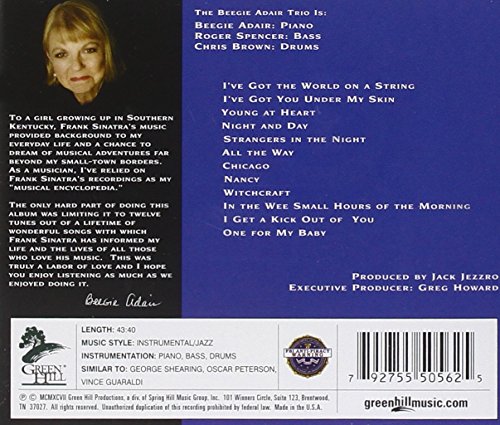 The classic hits of Frank Sinatra are presented with style and grace in an intimate jazz trio setting. A variety of tempos are showcased. Awarded the "Jazz Album of the Year" by the Nashville Music Awards. 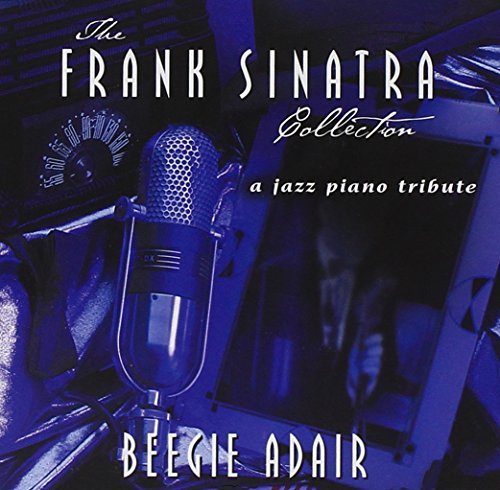 The Judy Garland Collection (The Judy Garland, Robert Goulet & Phil Silvers Special / Live at the London Palladium with Liza Minnelli / The Concert Years / Judy, Frank & Dean Once in a Lifetime) 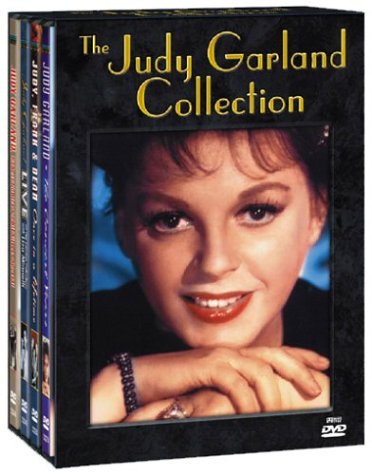 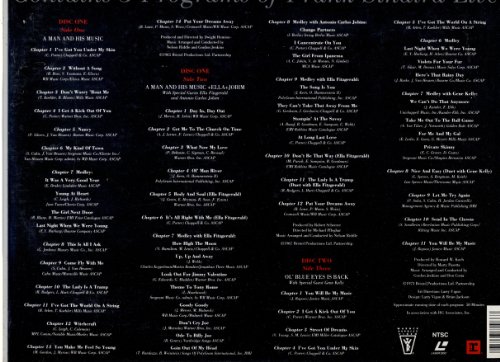 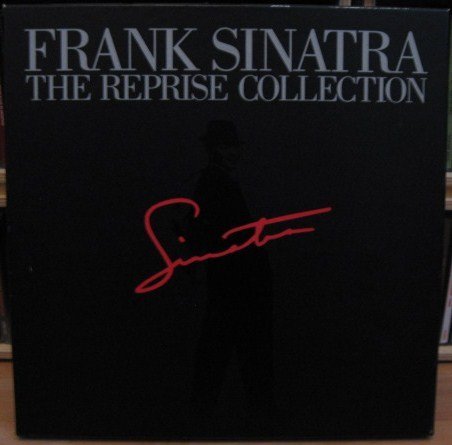 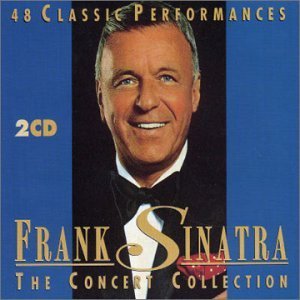 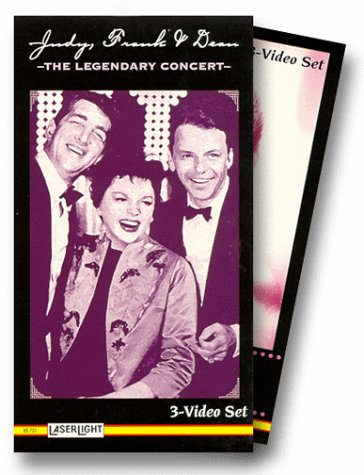 The Best of Judy Garland
Judy Garland's legendary (and short-lived) 1963-64 TV show has been revived on DVD, but several less-expensive videotape compilations are also available, including this one. A collection of Garland performances from her television variety show, the tape does away with Garland's skits and shtick from that show and focuses on her singing her hits: "The Man That Got Away," "Come Rain or Come Shine," "Stormy Weather." The tape also includes a couple of her "Born in a Trunk" sequences, in which Garland would reminisce about her career-- inevitably looking skittish and uncomfortable working without a script. But it's her voice that stands out: strong and resourceful, a marked contrast to the skinny, scared-looking woman who only seems to come alive when the music starts to play. --Marshall Fine

Judy Garland and Friends
A genuine historical document, Judy Garland and Friends captures moments from Garland's 1963-64 television show featuring not only daughter Liza Minnelli, but a 21-year-old Barbra Streisand. Garland playfully claims to "hate" Streisand because of her talent, but then the two enjoy an easy affection on stage, sharing casual chatter and two duets, one of which runs "Get Happy" and "Happy Days Are Here Again" in counterpoint, a performance memorialized in Streisand's Timeless concert 36 years later. Garland also gives the young Streisand (who mentions her upcoming project, a Broadway musical called Funny Girl) two solos, including an intimate "Bewitched, Bothered, and Bewildered" filmed in close-up with the lights down. To further stir up the pot, Ethel Merman pops out of the audience to share a little banter and to perform a rendition of her trademark "There's No Business Like Show Business" that leaves the other two belters in the dust (Streisand never stands much of a chance, clearly not knowing the words, and the irony is that it would have been Garland's song as well had she not been removed from the film version of Annie Get Your Gun in 1950). Garland herself takes some solo turns in front of the orchestra, surviving a rocky start to post memorable takes of "The Man That Got Away" and "By Myself," and her scenes with Minnelli are joyful. Sure, it's in black and white and the video quality is nothing special, but that's a small sacrifice when you can watch history being made. --David Horiuchi

Judy, Frank & Dean: The Legendary Concert
The title might be a trifle grand for what is essentially a one-hour 1962 TV special--that's been colorized, yet. But Judy Garland is in fine voice, belting out signature tunes like "When You're Smiling" and "The Man That Got Away." Rat Packers Frank Sinatra and Dean Martin are at their unctuous best, with Sinatra at one point casually flicking ash from his cigarette right onto the stage while singing an emotional "I See Your Face Before Me." The patter among the three stars is a bit stiff, but the numbers are all showstoppers, and Garland, especially, is belting in her most over-the-top Carnegie Hall tradition. Her finale, a medley of "Swanee," "Rock-a-bye Your Baby" and "San Francisco" still brings down the house 40 years later. (Trivia alert: the special was directed by a pre-Moonstruck Norman Jewison.) --Anne Hurley 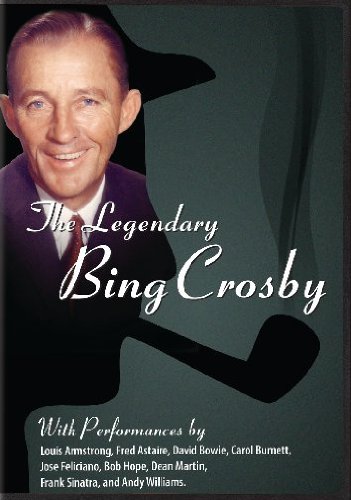 The Sinatra Collection - Four Tape Set Sinatra: the Movies, the Music, the Man - Till the Clouds Roll By - The Man with the Golden Arm - Suddenly! 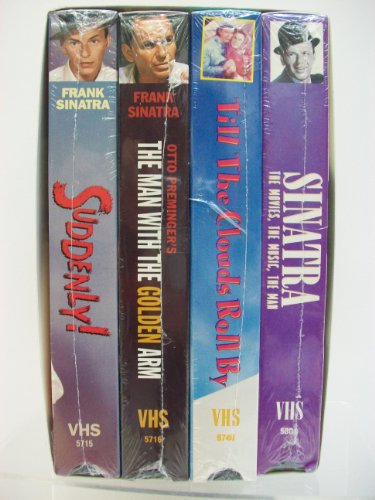 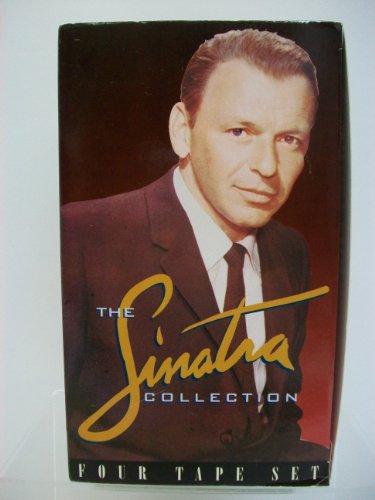 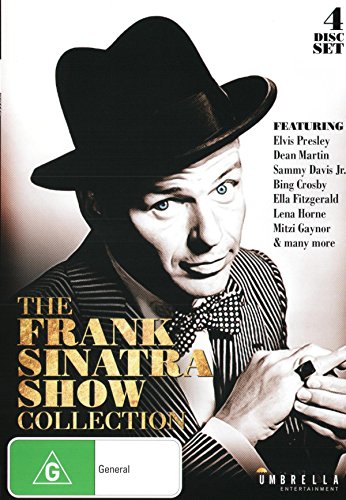 This collection brings together a number of specials Frank Sinatra hosted in the 1950's including the acclaimed Frank Sinatra Show. The Collection features guests such as Elvis Presley Bing Crosby Ella Fitzgerald Sammy Davis Jr Dean Martin Mitzi Gaynor and many more.

nepalculturaltours.com is a participant in the Amazon Services LLC Associates Program, an affiliate advertising program designed to provide a means for sites to earn advertising fees by advertising and linking to amazon.com | Privacy Policy